Your Guide to Confidence, Leadership, and Workplace Success

GET YOUR COPY NOW 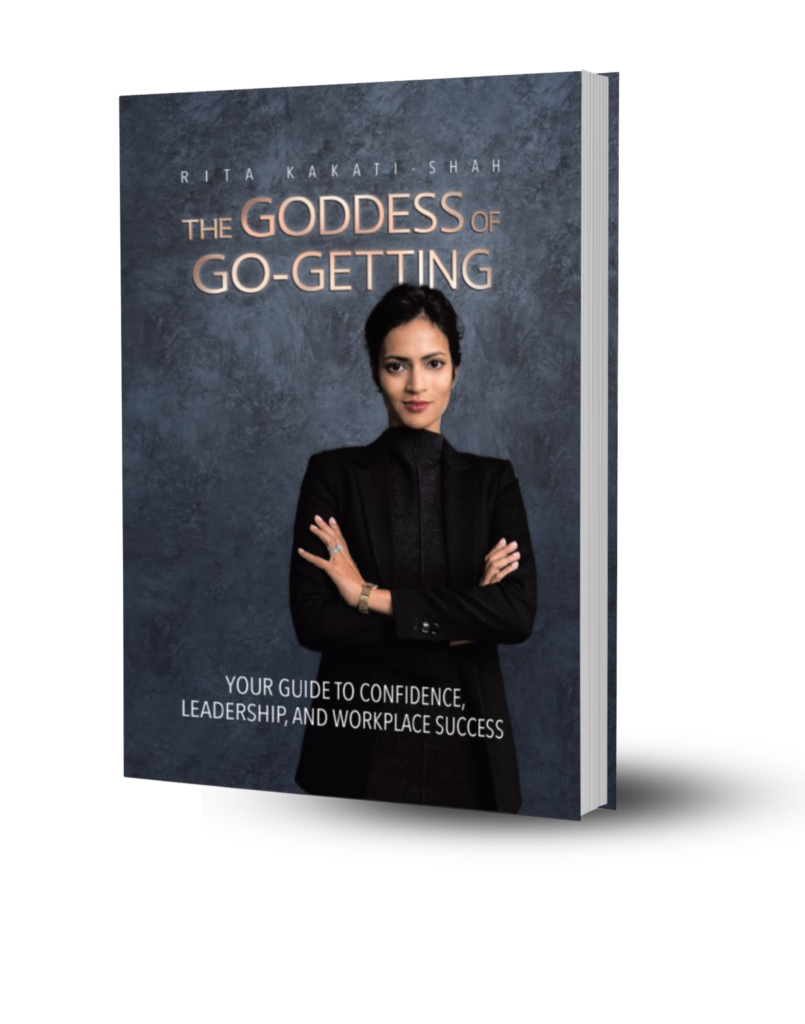 ...[A] number of myths about diversity are debunked…[in this]…thought-provoking, useful and authentic handbook for all involved in the corporate world, covering themes that are highly topical and set to remain so for the foreseeable future.

With more than 25 years of experience in business, strategy, and empowering others, and as a recognized thought-leader and sought-after international speaker, Rita takes us through her life journey and childhood experiences of growing up in London as a second-generation Assamese girl, to becoming one of the first women on Goldman Sachs’ equities trading floor in London, to spearheading business development in global CNS drug development, to becoming a multi-award-winning entrepreneur with the founding of Uma. With plenty of anecdotes, stories, and examples, The Goddess of Go-Getting™ offers a unique insight into Rita’s illustrious career as a successful businesswoman and entrepreneur, highlighting the importance of confidence, communication, and ownership in that process. The Goddess of Go-Getting tells the compelling story of Rita’s journey with candor and authority as she calls for policy and societal changes that support the backbone of the economy.

RITA KAKATI-SHAH is a multi-award-winning gender, diversity, inclusion, and career strategist, advisor to Fortune 500 companies, author, and TV show host.
With over 25 years of experience in finance, healthcare, and strategic consulting, Rita founded Uma, an international diversity and inclusion coaching, consulting, and corporate training platform that empowers confidence, inspires success, and builds leadership and resilience in women and minorities around the world. Rita began her career at Goldman Sachs in London, where she was awarded the Excellence in Citizenship and Diversity Award. After a decade in finance, she went on to lead Business Development globally in CNS healthcare. She is also a Distinguished Alumna of King’s College London, serves on the King’s Business School Advisory Council, and is a three-time winner of the Stevie Awards for Women in Business. Rita is also an honoree of the President’s
Lifetime Achievement Award from US President Joe Biden, as well as recipient of multiple international awards in recognition of advancing gender equality, diversity and inclusion, and empowering women, girls, and youth around the world. A highly sought-after international speaker and guest lecturer at academic institutions and global policy forums, Rita’s thought leadership has been featured in multiple international media platforms and publications, including The Wall Street Journal, Yahoo Finance, Fox News, CBS News, and Fast Company.

“Rita Kakati-Shah is a woman of the world but, more importantly, she is a woman of the people. This book is rare in its balance of the pragmatic tips and skills needed to succeed at work with the broader picture of why we need to rethink our approaches to advancement and inclusion. Rita's work celebrates diversity while offering the unique global lens of her life and work. She brings healthy doses of humanity and humor to the Uma approach, and her efficient prose and captivating storytelling leave you with so many applicable lessons from the ultimate goddess of go-getting herself.”

“Rita’s passion to develop and empower women and minorities in the workplace shines through on every page. Packed full of tips and tactics from Rita’s inspiring journey, this book is a fascinating read, and not to be missed!”

“This book by the wonderful Rita is full of practical and purposeful advice on accountability, allyship, mentoring, and the critical steps to overcoming fears that we can all take (as leaders and colleagues) to hire, progress and retain great talent BECAUSE of our unique differences in age, sex, color, creed, plus physical and cognitive abilities – definitely worth a read!”

"One of the strengths of this book is that a number of myths about diversity are debunked. Kakati-Shah treats the subject as the multi-layered issue that it is. As an example, she points out one of the paradoxes, explaining that some diversity practices can actually segregate and divide, rather than unite, as when policy rationale is based on ‘[r]everse discrimination’. She raises recognition that prejudice does not just refer to race, gender, ethnicity, etc., but encompasses the whole gamut of groups or individuals who feel ‘hidden in the margins’ – such as working mothers. Consequently, quota-filling is not something the writer appears to support. Rather, she seems to advocate the power of emotional intelligence and empathy in people management, which allows talent from all quarters to be acknowledged and rewarded. And while Kakati-Shah speaks of the progress being made (that so many leaders seek her guidance is testament to that), she is also realistic, reminding us that mindsets are often slow to evolve and may not keep apace with practical measures being taken. Strengthening the content of this book is the litany of supporting evidence in the form of hard evidence, quoted sources, and anecdotal detail. Even better, it is written in clear and cogent prose, making the reader’s job easy."

Sign up to stay up-to-date with exciting book launch info and exclusive deals!